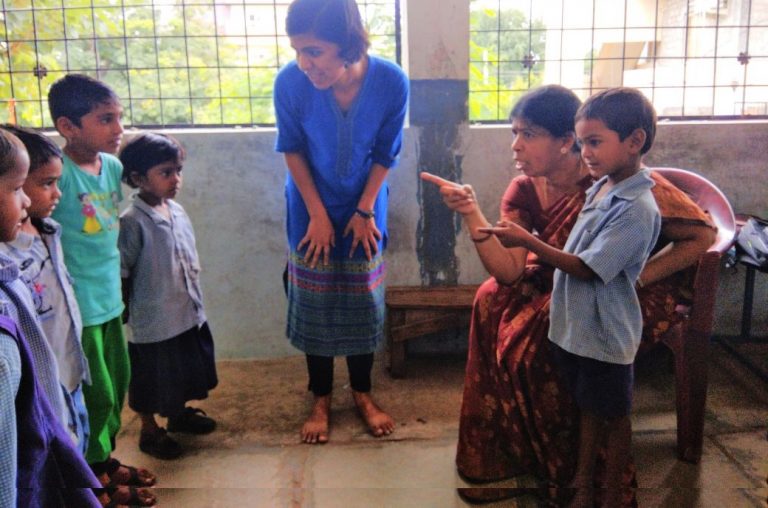 In Western countries, the issue of how to teach early literacy has for decades been a matter of intense debate. At times, the debate has become acrimonious, and has been termed the Reading Wars. Over the years various experts have advocated the sight word approach, the phonics approach, the whole language approach, and other approaches. The core of the problem is that in regard to English, learning to read and write is complicated by the fact that there is a poor fit between the language and the script. The same letter can be pronounced in different ways, and the same sound can be represented by different letters. In short, there is not a one-to-one correspondence between the language and the script. That is why the so-called ‘top-down’ or ‘meaning-based’ approaches to teaching English reading have been attractive to many people.

In India, there has been relatively little debate on the pedagogy of beginning literacy. Often a state government committee will simply come up with an ad hoc approach with no theoretical framework whatsoever. Traditionally teaching beginning literacy in Indian languages was done by focusing on letter (akshar)-sound recognition, taking advantage of the near perfect one-to-one correspondence of the letter and the sound in most Indian languages. The method used was highly systematic, but it required a great deal of time for the learner to get to the stage where she could read meaningful words and sentences. Unfortunately, in recent years, some curriculum designers and textbook writers in India have been ignoring the tremendous advantage offered by the near-perfect fit of pronunciation and script in most Indian languages.

The lead researcher of this project, Dr. Maxine Berntsen, has spent several decades designing and refining a method for the systematic teaching of sound-letter correspondences in Marathi, while at the same time not neglecting meaning-making. In this action project, she, along with her team members, attempt to adapt this method to the teaching of Telugu in government schools in Hyderabad, Telangana.

The intervention has two major objectives:

Initial conversations with key officials in the Education Department threw up a few complexities that would need to be accommodated in the project objectives. For example, given the complex policy landscape in Telangana where government schools are in process of switching from Telugu-medium to English-medium even in primary schools, it may not be possible to restrict the study to the teaching of Telugu alone. Even schools that are currently identified as “Telugu-medium” might switch over to English medium during the course of the study. Even if they do not switch over to English-medium, the aspiration for English is tangible, and led to the specific request from the government, that project personnel address the teaching of English in the schools in which they sought permission to work.

Hence, a slight modification of course was felt necessary. While the primary study focuses on providing early literacy instruction in Telugu, the project will inevitably broaden its scope to the development of some English-learning materials and activities, as well. Therefore, it has become multilingual in its approach, focusing on the teaching of spoken and written Telugu, and also on the teaching of spoken English.

The study will use mixed-methods, and track students in these schools as they move from Grades 1 to 2, using base-line, end-of Grade 1, and end-of-Grade 2 assessments. It will also use qualitative observations and notes.